What do we mean when we say we are an eco-friendly phone case? Those who know POPSICASE know that it isn’t just a eco-friendly phone case. It’s unique in two ways. The first is the folding handle that makes it so comfortable to use, and the second is that it’s made from discarded fishing nets.

Being an ecological company means we get involved in helping find solutions to environmental problems that go beyond recycling, such as the fight against climate change.

But being 100% recycled isn’t what makes POPSICASE an eco-friendly phone case. The term ecological means helping to solve concrete problems and creating a more sustainable world. Here’s what I mean:

1. We recycle nets that kill and pollute

❗️ What’s the problem: thousands of animals die every day

Huge amounts of fishing nets are routinely lost or abandoned in the ocean, causing pollution and the death of thousands of animals. According to a study by the University of the Azores*, discarded fishing nets make up 35% of the debris that contaminates European seas. So, the average life of a fishing net is between four and nine months, after which they’re no longer effective and need to be replaced. This means that each year, thousands of tons of nets made from different materials are discarded. ✔️ How we get involved: we make phone covers out of these discarded fishing nets

Fortunately, the fishing community is increasingly aware of the size of this problem and, as a result, most fishermen now dispose of their old nets in special containers. 70% of these nets – those made mostly from nylon 6, nylon 6,6 or cotton – can be recycled and have a second life, thanks to companies like Bureo, Sea2See or ourselves. We use the polyamide extracted from these nets in everyday products, showing that, despite the difficulties, it really is possible. * http://www.un.org/sustainabledevelopment/oceans/

2. We encourage teamwork, because collecting the nets is expensive.

One day in our social networks, we received the following comment: “These guys must be making a fortune because they use recycled material that doesn’t cost anything.” The answer, however, is exactly the opposite. Recycling is expensive, and the further south you go in Europe, the more expensive it becomes, because recycling policies aren’t well supported.

❗️ What’s the problem: all are the fishermen have a tough job

It’s great that awareness is growing and that nylon fishing nets can finally have a second life. But there are still some major obstacles. According to Spanish legislation, the cost of collecting and selecting the material, then transforming it into a quality polyamide that can be used to make new products, must be assumed by the owners of said material.

Many different people take part in the process of transforming fishing nets into usable material.

Although the result of this process is a 100% recycled polyamide that can be (and is) acquired by companies that transform it into consumer products, there is a real risk that the high costs involved will discourage the fishing community from fully participating and dissuade them from using the special containers.

✔️How do we get involved: Net VIVA Mediterránea

Bureo is a US company that manufactures skateboards and sunglasses. It is based in the US and Chile. In 2013, Bureo launched a program called NET POSITIVE to encourage fishermen in the region to recycle their fishing nets. The company reached an agreement with the Chilean government to collaborate in the collection of fishing nets from the fishing community and then buy the plastic to manufacture their products.

The POPSICASE team doesn’t go out to sea to collect nets, but we do work hard to support this small and burgeoning movement.

We don’t actually collect the nets ourselves. A number of companies claim to do this but that’s impossible. However, there is something that can be done. Although the Net VIVA program was launched in a different geographical area and in a different context, we’ve contacted Kneppers and Greg Swienton, co-founders of Bureo, to see if we can begin a similar program in the Mediterranean Sea.

We have three clear objectives for this program:

I’ve taken the first steps already and spoken to different entities, and the reception so far has been overwhelmingly positive. We’ll keep you up to date 🙂 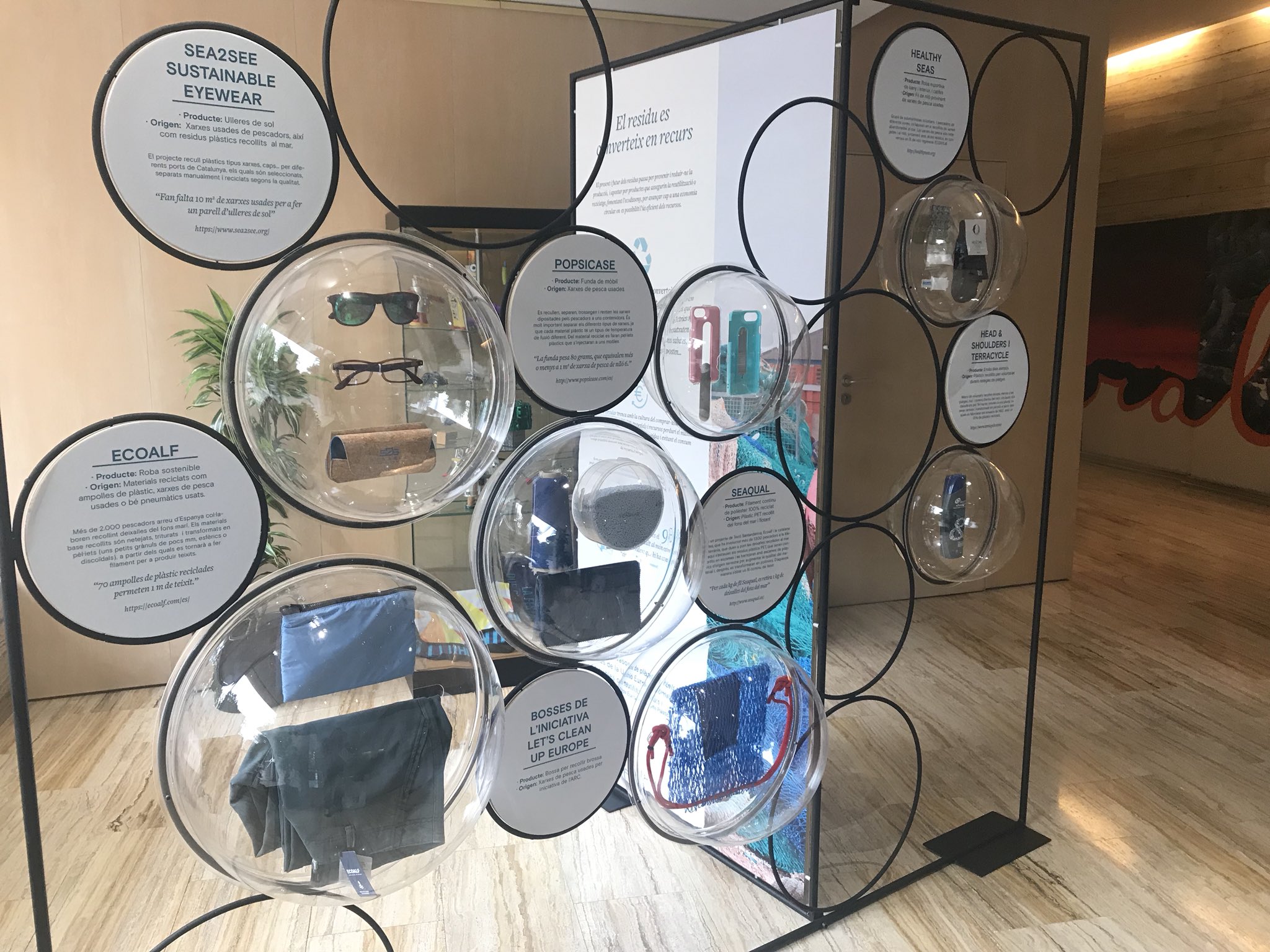 3. Being a pioneer in using recycled nets to produce consumer goods encourages others to join the movement

❗️ What’s the problem: the industry doesn’t get it yet

The industry of manufacturing and injection isn’t used to working with recycled materials yet. When we first had the idea, we were met with raised eyebrows and skepticism, and we quickly realized that innovating in green clashes with old cultural paradigms.

✔️ How do we get involved: we learn together and encourage them to try!

Despite a lack of understanding in the industry, we’ve met with some excellent professionals who understand the challenges and know that although more time and resources have to be invested in R & D, the result is worthwhile.

4. We act against climate change, although Mr. Trump denies it

❗️ What’s the problem: the planet is warming up and some (important) people are still denying it

In a few days time, COP 24, the 24th Conference of the Parties of the United Nations against Climate Change, will be held in Katowize. Who hasn’t heard about this Climate Change? It is caused by the excessive emission of greenhouse gases into the atmosphere. To a greater or lesser extent, we’re all responsible for this and most people are aware of the problem. However, despite the fact that thousands of scientists from all over the world produce detailed reports with devastating predictions for biodiversity, powerful leaders still deny climate change.

The concept of global warming was created by and for the Chinese in order to make U.S. manufacturing non-competitive.

If they won’t take action, then it’s up to US ALL, the ordinary people who love this planet, to take action on a local scale. What can POPSICASE do?

✔️How do we get involved:

1. We encourage you to practice Daily Eco-Challenges: We have created #EcoDailyChallenges, small challenges that each and every one of us can apply in their daily life. They are everyday gestures that reduce pollution and the emission of gases and in some way help conserve the life of the planet.

2. We will compensate our CO2 emission from the injection process of each POPSICASE: POPSICASE will soon offset its emissions through the CeroCO2 project (which I have been working on for more than 2 years), led by the Spanish NGO ECODES. This NGO has been working for more than 20 years in global sustainability. We have chosen Limay Community Carbon Project, a great community initiative of reforestation managed by the NGO Taking Root. It brings together small farmers in Nicaragua and helps them to reforest parts of their lands that are presently in disuse. This way POPSICASE will be almost CARBON FREE ???? ????. Limay Community Carbon Project, a wonderful community-based reforestation initiative that brings together small-scale farmers in Nicaragua to reforest parts of their unused land, promoted by the NGO Taking Root.

We could continue talking about other actions that reflect our philosophy and way of acting, but we leave it for another post. For now, if you want to know more about POPSICASE, continue browsing this website and find out more in depth ????. And if you liked it, please, do not hesitate to share it and help us to visualize this whole topic.

Thank you very much for your collaboration!